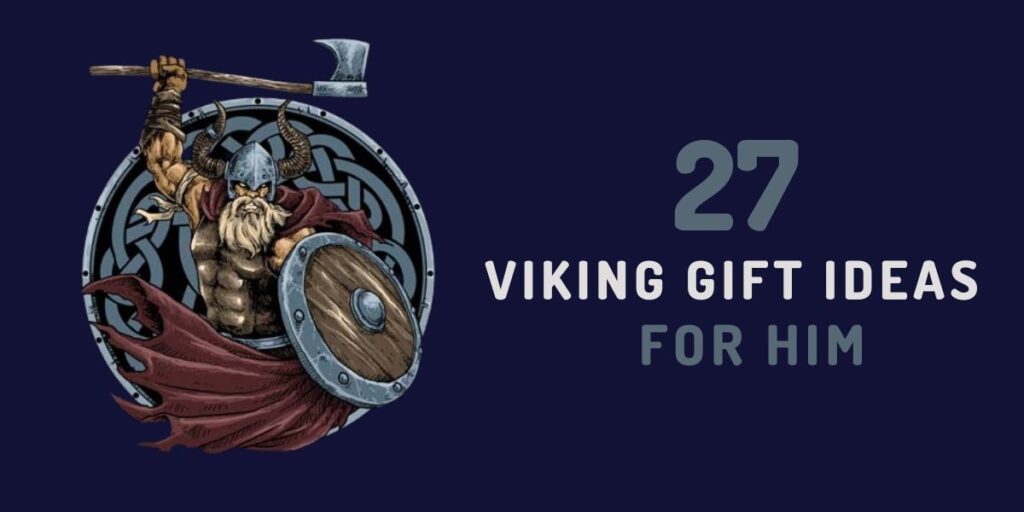 Few people have been able to come back successfully to the consciousness of the present times as the Vikings, who are often portrayed as brave, seafaring warriors in various forms of media. Their popularity has even increased over time through multiple TV shows, as well as movies such as The Northman, and the film franchise of Marvel which contains Thor, the Norse god of thunder.

Whatever reason anyone may have for their interest with the culture of these Norsemen, here are twenty-seven gifts that are sure to give feelings of having gone back to the Viking Age in the past. 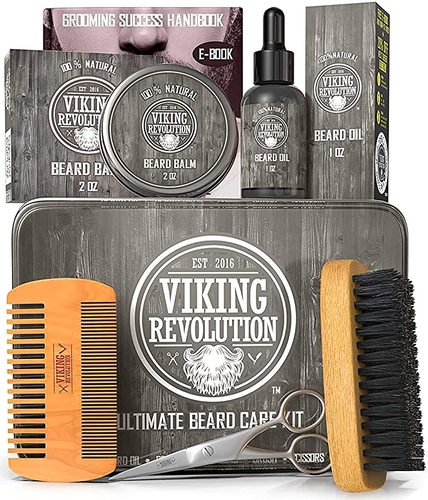 Growing your beard like how some Vikings are portrayed in television or movies would require work so it wouldn’t end up being all over the place. With this grooming kit, you can have your beard grow to whatever length you like, while still keeping a tidy look. 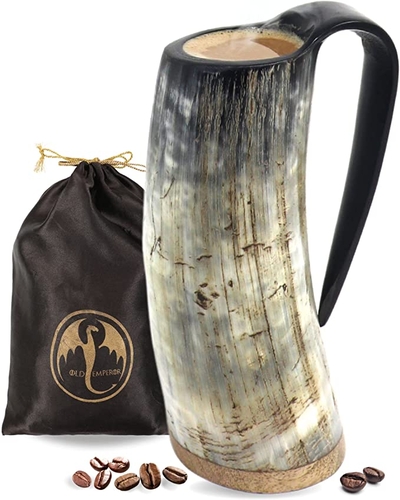 For a lot of people, they cannot help but enjoy a cup of coffee for breakfast, dinner, as well as whenever there are available breaks. Enjoy your cappuccino with the most unique tumbler ever, that would have people surely asking about this item. 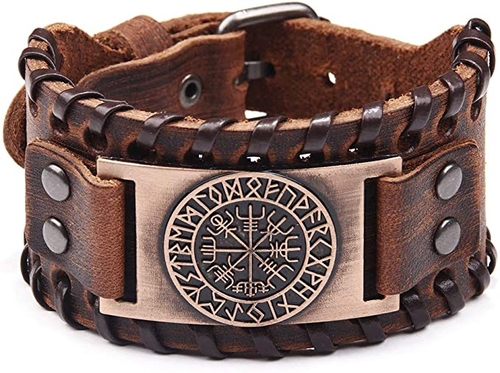 Show your interest in Viking culture to others with this beautiful bracelet which also contains Celtic symbols or runes that are said to bring protection and luck to the wearer. This item will make others see that being a student of history does not mean you are not fashionable. 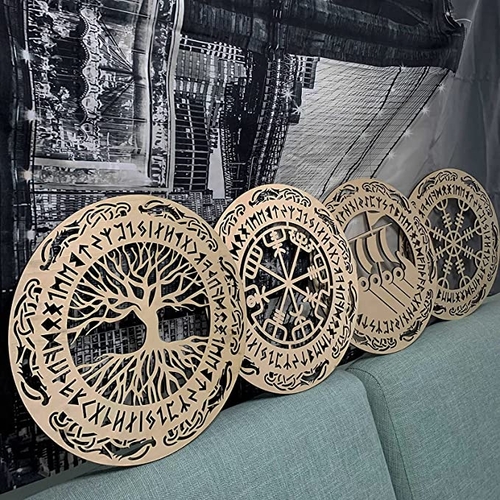 Decorate any room with these beautiful wooden decors, whether as a part of your interior design style, as well as the theme for your party or gathering. Painting these items can also be a great bonding activity with your children, friends, as well as other loved ones. 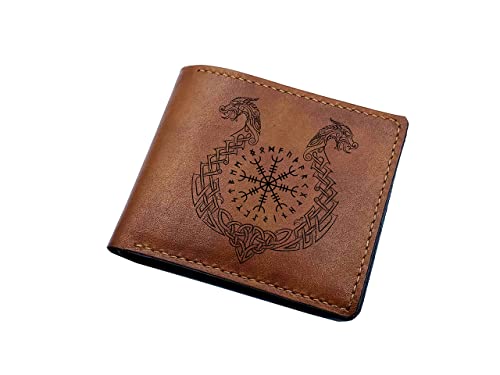 People may like the history of Vikings going about sailing and pillaging in the past, much in the same manner as warrior pirates who go beyond just sea encounters. With this wallet, you can get to choose between various rune patterns, without the inconvenience of having to lug multiple chests or sacks of your riches like Norsemen in the past. 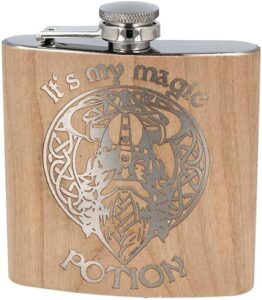 Get to enjoy your drinks wherever you decide to go especially alcoholic ones, with this wooden flask that has stainless steel accents. Aside from keeping your drinks secure, you can also appreciate its beautiful Viking design which is accompanied with a witty statement engraved on its surface. 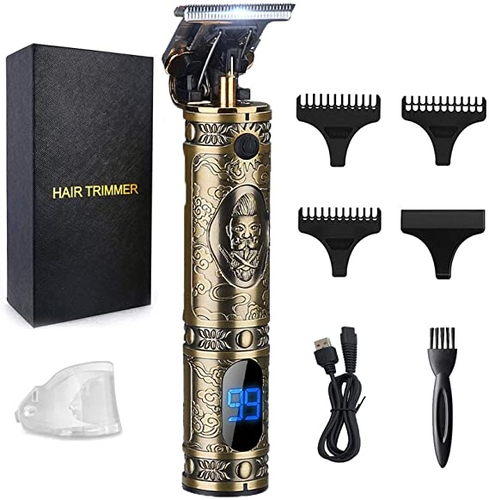 Visions of constant battle in the past should not have you thinking that Vikings would not have enough time to groom themselves properly, so neither should you. Learn to get the haircut that you like done perfectly with these clippers, and you may even to be able to do it for others who hold the same interests as well. 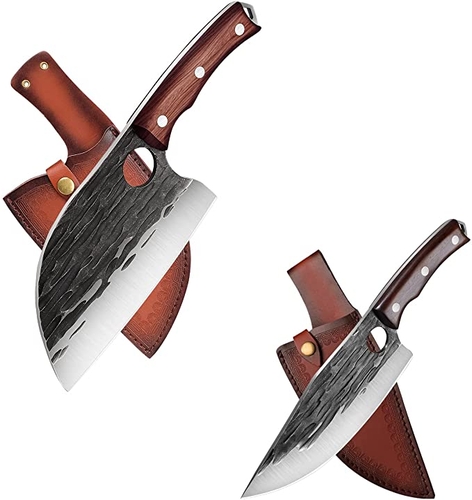 While sailing around the world and raiding other kingdoms can sound like an adventure for tough men like Vikings, you shouldn’t forget to also develop useful skills like cooking which can still be applied today.

With this chef’s knife bundle, you can show what it means to be self-sufficient by learning how to prepare meals for yourself as well as others. 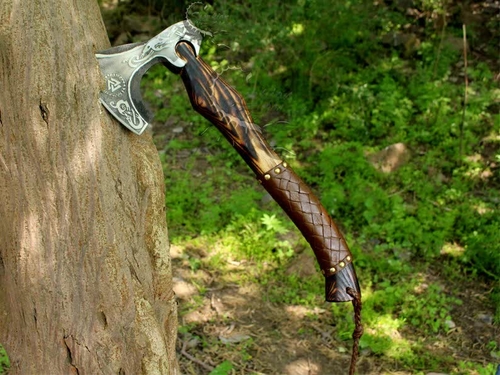 An axe would have most probably been used as a weapon long ago with the Vikings, but it would hopefully serve more practical purposes when you get this item.

Maintain trees with overgrown branches, as well as easily chop small pieces of wood, while also showing your personality and interests through this handmade hatchet. 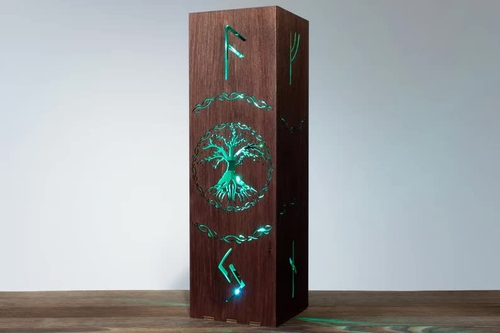 Night lamps like these can be used for brightening up places both within as well as outside your home, aside from providing that Viking feel. This item may also offer a better alternative to other types of lightbulbs for your lighting needs at night, since you could get a better night’s sleep when illumination does not extend to your whole room. 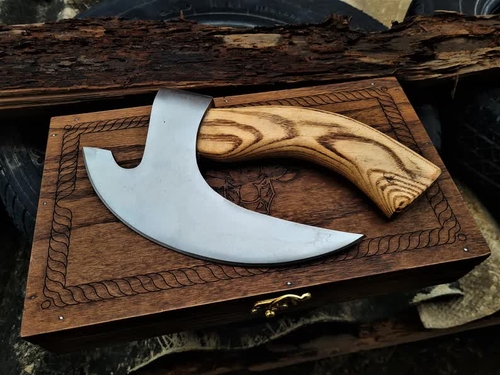 There has been no evidence that the Vikings were people who enjoyed having a slice of pizza every now and then in the past. However, this pizza cutter axe would still be the perfect item for you if you are holding a party or decorating your home with a Viking theme in mind. 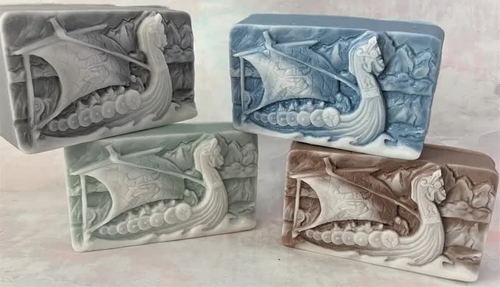 While anyone who is a fan of Viking culture should be saluted for trying to look like them, it would only be reasonable that you do not forget the enjoy modern conveniences such as soap. Enjoy the fine engraving details, along with the approval of others for how you both look and smell good with this item. 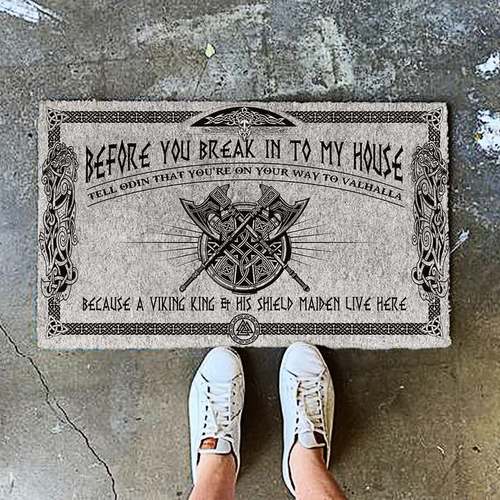 This doormat is a unique item that can be both a funny greeting to your guests as well as a stern warning to unwelcome intruders. In any case, people will get to admire your commitment to the Viking theme, where your decoration extends to even outside the walls of your home. 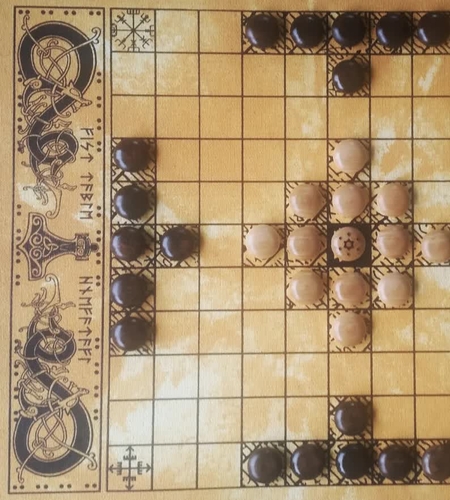 These traditional Viking board games of Hnefatafl as well as Nine Man Morris can help exercise your mind and can serve as a great alternative to the computer games of today. Since the board is also reversible, this item is also worth its price since it feels like you are buying two games instead of one. 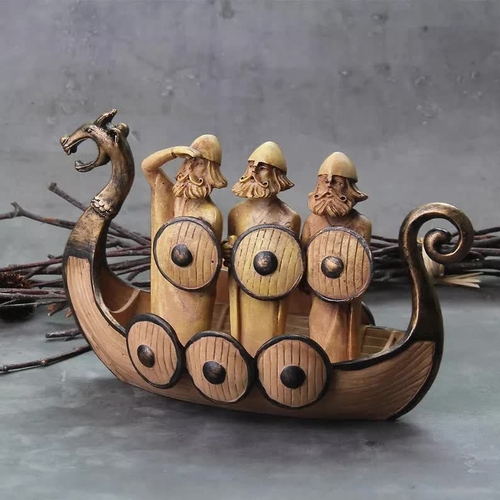 This wooden dragon boat can be used to decorate your living room, as well as other places where you might want to introduce a Viking theme. Younger people can also use this item as a toy where they can allow their imaginations take over and grow. 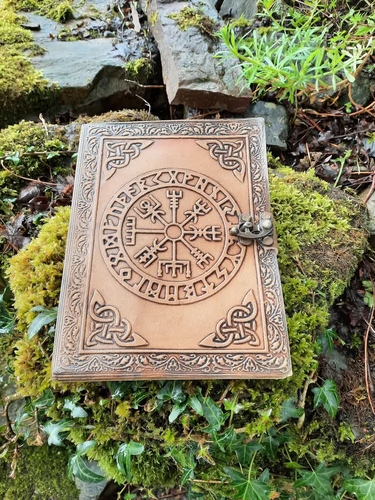 Engaging in our hobbies and interests can also be combined with being conscious about trying to help in efforts to preserve nature. You can do just that when you get this journal with Viking theme, but which is also made of recycled leather so your impact to the environment is minimized. 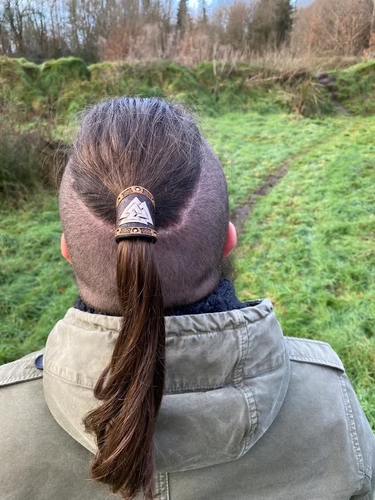 This hair cuff can help you as well as your female friends get your hair secured neatly behind your head especially since there are many tasks that could possibly require this.

At the same time, there is a Norse design here in the form of the Valknut or Odin’s knot that lets others know that there is still that Viking within you. 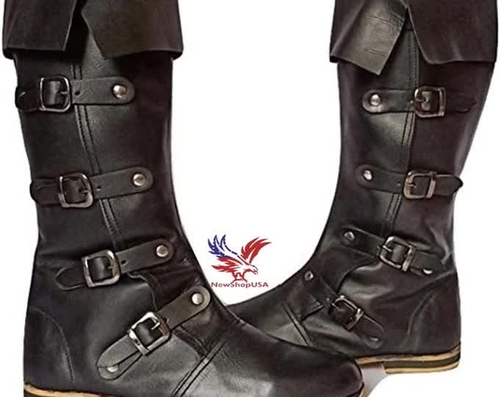 It’s probably clear that Vikings were a courageous people but being tough doesn’t mean wanting to subject yourself to unnecessary difficulties when you don’t have to. Look good while protecting yourself from possible injury with these boots that are true to the look and feel of medieval times. 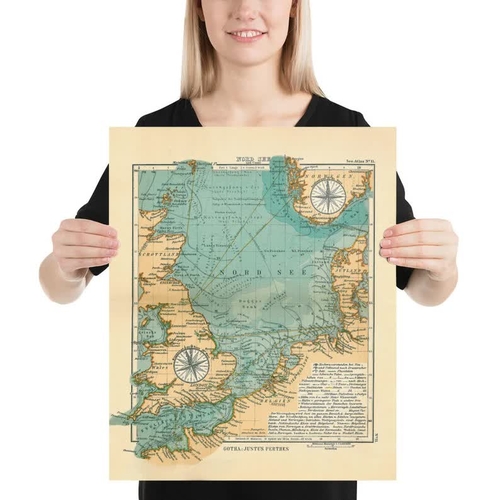 One of the most amazing things when looking back at the past would be how people from then were able to accomplish so much without the technology that we have come to rely on in the present. This poster acknowledges this fact, as well as serves as a beautiful piece of art for you and your guests to admire. 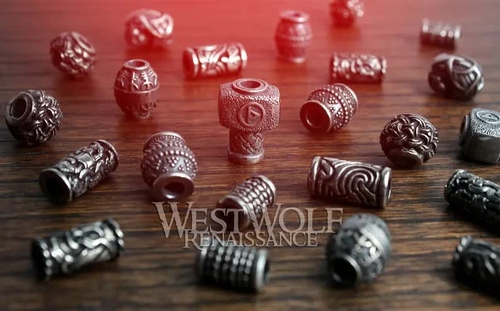 A lot of people will be a fan of these beads in terms of their Viking designs as well as the variety of uses which they can offer you. You can use them for decorating your beard, along with the possibility of including them as an element for crafting jewelry such as bracelet, anklets, and pendants. 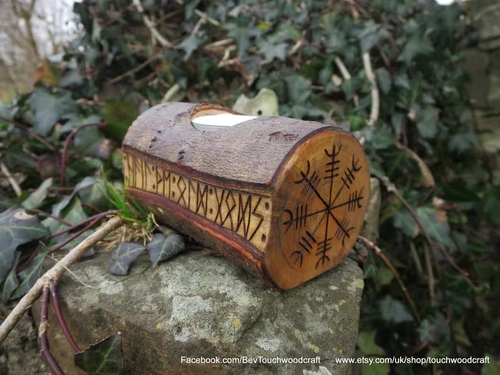 Why settle for getting just any old candle holder from the store, when you can have this handcrafted masterpiece which is influenced by Viking culture instead?

Appreciate the fine craftsmanship as well as the dedication to be as true as can be with its rune inscriptions that include the Vegvisir and Aegishjalmr. 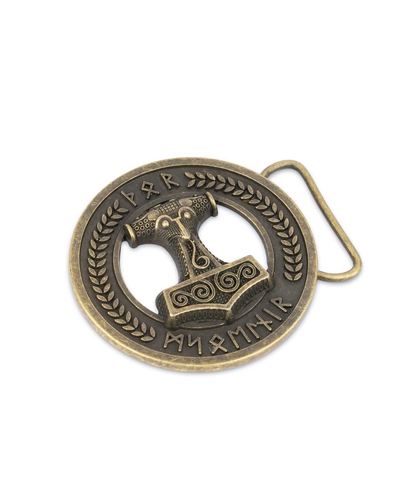 Thor’s hammer or Mjolnir was the weapon of choice for the Norse god and is probably now a familiar sight to most fans of the Marvel character. While this belt buckle may not give you any powers, it will still look and make you feel magical because of its Viking craftsmanship. 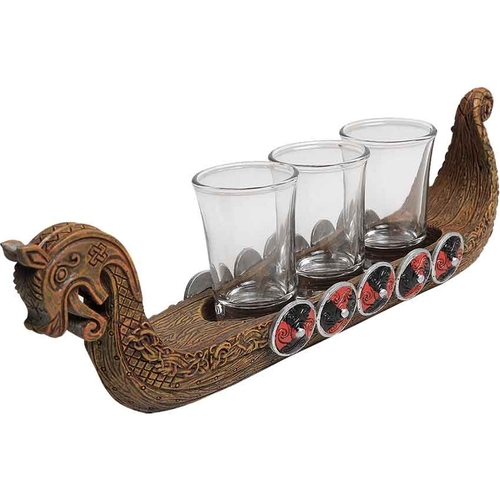 This shot glass holder will set the right mood for drinking especially for parties as well as other occasions. Whether your alcohol is gin, rum, vodka, tequila, or whiskey, this item will enhance the drinking experience by allowing you to set multiple shots and chasers at once. 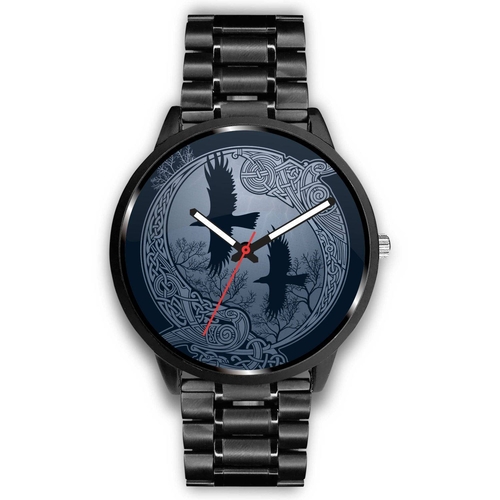 Thor has probably become one of the most recognizable, if not the most famous of all Norse gods, which is hardly surprising with people’s exposure to the Marvel franchise. Celebrate the main god in the pantheon of Norse mythology, Odin, while also getting a fashionable watch in this item that depicts his ravens, Huginn and Muninn. 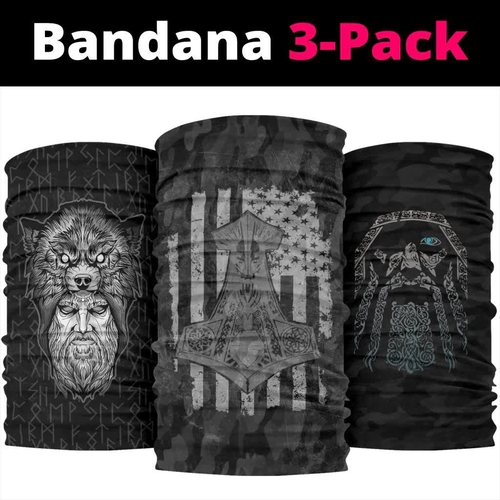 When it comes to bandanas you can never have enough, and this is probably why this set comes in a three-piece package. Aside from being able to use it as a skullcap and scarf to highlight your fashion sense, there are also many other uses for bandanas in normal as well as emergency situations. 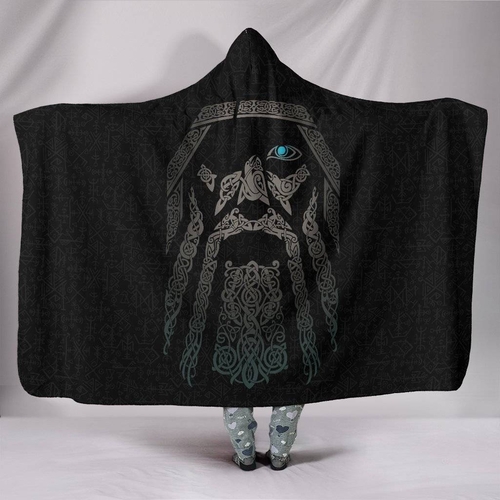 Keep yourself cozy as well as the eyes of anyone who sees the visuals of this blanket satisfied. The details of Odin’s face are beautifully rendered on one side and even more emphasized due to the black background, while a hood has also been added for extra comfort. 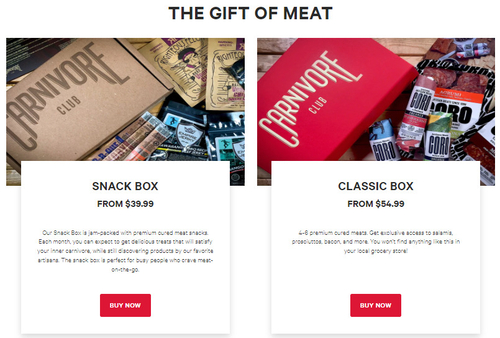 While they probably had a lot of fish since they went out to sea a lot, the Vikings also included one form of meat or another in their diet. With this classic box, you are sure to get the needed protein as well as other nutrients to keep your muscles, bones, and mind strong.

Best Place to Get it From
Scroll to Top